The sound of footsteps was audible in the merchant’s square. People walked around buying food, supplies, and the occasional odd item. I was setting up my wares for the day-medicines for the sick and potions to cure pain. I loved helping the people of Florence. Everyone needs healing. No one should be sick. I sold little charms, trinkets for luck, fertility, good health, and many other human needs. I also sold little toys for children, for I felt sorry for them. Especially the poor, the orphans, and the homeless, who wandered the streets cold, hungry, and sad. I kept prices low, so that anyone could buy what they need. If the person could not pay, I would give them the item they needed, telling them to pay when they could. I sympathized with them. I knew how it felt to be in need, and it wasn’t fun.

My business practices, though, seem to anger the doctores and other merchants. “I was pulling customers away!” they would say. All I would tell them was “I am doing what I think is right, not what makes the most money. Please leave me to my work.” I knew it was dangerous to make enemies, but that was the way I thought.

Though if they had known how I made my potions from the beginning, I would have met my demise before I could become a threat.

You see, I practiced the art of magic, something that was forbidden. I never did anything to hurt people. I was always careful. No one needed to know my secrets, and I intended to take my secrets to the grave.

But, even the most careful person can make a mistake…

One night, when I was making a new potion for a child who was coughing up a red liquid, I saw a strange glow from the corner of my eye. I looked up to find one of my books glowing on my work space. The glowing book mystified me. None of my books had done something like this. I opened the book, which had opened to a particular page. It was a summoning spell. Something came over me that night, and I began the spell. I don’t remember what I did, though even if I could, I would not tell you. I remember a flash of light, and a strange, almost menacing laughter, then darkness.

I woke up the next morning on the ground, my head pounding. When I stood and saw what I did, I panicked. A pentacle was drawn on the ground. It looked like it was drawn in blood. In the middle was a circle with an X in the center, this was burned into the ground. I quickly covered the symbols with a rug that I had rolled up in a corner. The rug was big enough to cover the pentacle, and the strange symbol. Feeling that I was successful, I packed up my wares and went to the merchant’s square. Everything was going to be alright.

All day that day I felt uneasy. I could hear the strange laughter in the background of the market. I saw a shadow just out of the edge of my vision multiple times. I became worried. Did I awaken a spirit that night? I did not know. I tried to act natural, but I think that people began to suspect. I know people began to suspect. They were not stupid. They knew.

Near the end of the day a group of children came to my stand, asking for medicine to help their mother. I was out of medicine for the day, so I told them to stop by my home, that I would have the medicine there. “What could go wrong?” I thought, “I covered up the symbols, no one would know.”

At that point, the laughter started again, this time much louder. I waved it off, thinking nothing of it this time. Nothing will happen. Nothing at all.

That night the children arrived. I told them to wait in my living quarters, and went to get the potion. I had found the potion when I heard the screams. Dropping the potion, I rushed out to see what was wrong.

What I saw made me freeze with fear.

The room had been covered with bloody pentacles, in the center that same circle. The children looked at me, horror on their faces, for they knew what that meant. Before I could do anything, they started screaming again. I tried to hush them, but no matter what I did, they continued to scream. Guards had come soon after.

I do not remember what had happened after that. I do remember days upon days of being locked away in a dungeon, the strange laughter echoing off the brick walls, driving me insane. For what had seemed like years I sat in a corner, listening to the laugh, thinking about those children. Why did they not stop? Why did they not listen? THEY were why I was there, sitting in a dungeon. It was their entire fault!

By the time the guards came, all that was left of me was skin and bone. All I could do was rock back and forth, muttering about children and laughter. One of the guards must have hit me in the head, because the next thing I know, I am strapped to something, a crowd of people standing in front of me, shouting curses and profanities. I was in shock. How could they? When I had helped so many of them?!

The pain started then. It felt like my body was being torn in two. I started to scream, the pain was unbearable. I cursed them back, thoughts back-stabbing, wretched creatures! They would not help me! They hated me! I did nothing to them, and they hated me!

I felt pricks of pain go through my eyelids, then my mouth. I could no longer see, no longer scream. I felt liquid hit me. It burned. I hated them! HATED THEM! All of them! Especially the children. Oh, how they should suffer! If not for them, I would not have been caught! It was their entire fault!

“Do you hate them so much?”

“You wish to make them suffer?”

“Then our deal is done.”

The pain subsided. My vision cleared. It was dark, but I could see. I tried to blink, but could not. I felt something, but not happiness, sadness, or even surprise.

They were still there. Laughing, playing. They will suffer. All of them. But the children will suffer more.

Oh, how they will. 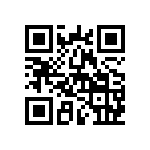